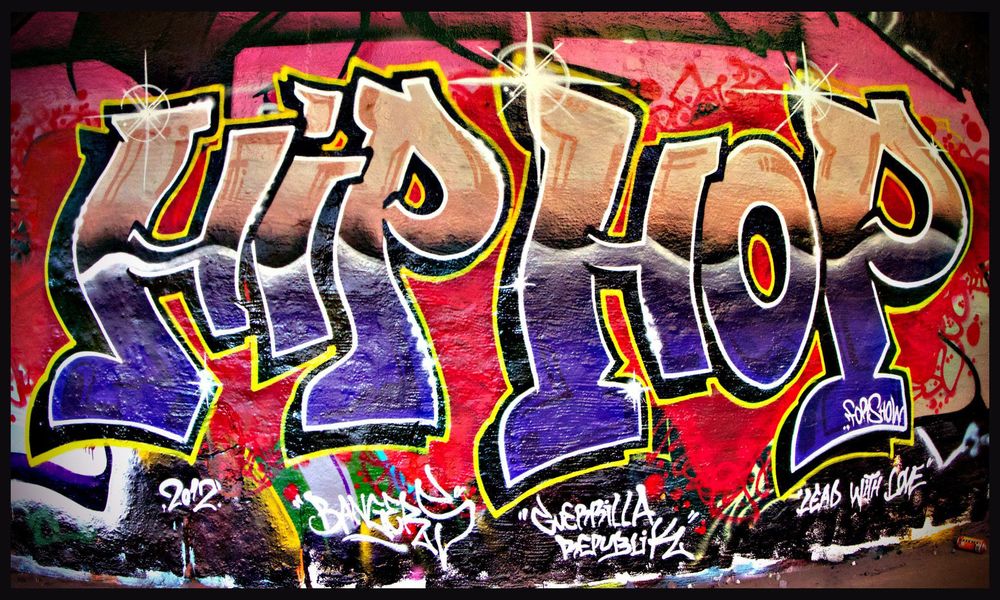 I first met Hip Hop when I was almost 9 years old.  Run DMC introduced me to Hip Hop music and it changed my life forever.  I was a product of the 80's destined to grow up in the 90's so when I was a young child my music revolved around Madonna, Prince, and other various pop stars.  I liked the tunes, I was into the music but I really didn't identify with it.  Mtv was my gateway to music visually.  Yes I had cassette tapes and records to play, but Mtv was my visual teacher.  I could see the music, see how they dressed, danced and maybe even lived.  I recall one day watching Mtv and a commercial came on for a upcoming show called "Yo! Mtv Raps".  An entire show dedicated to Hip Hop music, culture, videos and everything in-between.  I remember being excited to see this show when it first came out.  And that is when Hip Hop and I first met.  Right away the music taught me who I was, who I wanted to be and it was going to also teach me how to build my own identity.

I learned from the best.  Run DMC, Big Daddy Kane, Public Enemy, NWA, and so on and so on.  Beastie Boys taught me that racism and color did not matter in Hip Hop.  DJ Run taught me that if I wanted to be a DJ...then I can do it.  Chuck D taught me that the government and the establishment was built to make it hard for people of color to get ahead.  Ice Cube taught me how to talk back and believe in my own thoughts.  Dr Dre showed me the light and everything I was to become musically.  As the 80's came to an end, the 90's was being hyped as that the best was yet to come for Hip Hop.  A lot of groups were breaking out into solo acts.  Hip Hop was being recognized and identified all over the world.  It wasn't just NYC and LA anymore, Hip Hop had moved to the south and mid-central states.  Other countries were demanding more from the culture and it was evolving as we all grew up together building something that was going to be so great.  Let me try to explain what happened next because what happened next was.....

The Golden Age of Hip Hop.

"Remember one thing...through every dark night, there's a bright day after that.  So no matter how hard it get, stick your chest out.  Keep your head up, and handle it."

Let's jump in the time machine and go back to the year 1990.  The 4 elements of Hip Hop were polished and about to be elevated to a new level.  What are the 4 elements you ask?  MC'ing, Dancing, DJ'ing, and artwork or graffiti.  These elements have opened up a decade of what is to become some of the greatest years in Hip Hop. I am going to speak on the 90's specially because I grew up as a teenager in the 90's.  The golden years of Hip Hop are sometime said to be from 1986 to 1993.  Just depends on who is saying it really.  We all have different points of view. Mine is going to come from strictly the 90's.  So journey with me back to 1990.  What was going on in Hip Hop?  Well at this point, such highlights were that Ice Cube just launched his own group and he was becoming a solid solo artist.  MC Hammer continued to burn up the charts but his music was fading very fast commercially.  Salt-N-Pepa were going more pop music than Hip Hop and were loosing their fanbase kind of.  Will Smith made the transition to his TV show and it seemed he was destined to be a actor.  Hip Hop didn't know what to make of artists like Will Smith at this time, we all kind of just enjoyed his work but his music was not the same.  Run DMC had launched an album but it was clear they were loosing their fanbase too.  And new record labels were introducing new artists to the industry and we all had no idea what was to come from that.

In 1991 Boyz N the Hood came out and Ice Cube was elevated to super star at this point.  As a west coaster, we were so damn proud of him.  I knew at this point he was going to be massive.  Not just a regular rapper like people thought he would be.  Other artists came out like Vanilla Ice, Father MC, Tribe Called Quest, and Digital Underground.  The groundwork was being laid down as Dr Dre was rumored to be going solo and Sean Combs was starting to put out some artists too.  Also the LA Riots just around the corner and the video of Rodney King was out and went public thus sparking a fire that burned big time in Hip Hop music.  We all felt the pain of that moment and the music was going to reflect it.

1992 started up and in my opinion, the new Golden era of Hip Hop was about to begin.  2 Pac started it out with his solo album 2Pacalypse Now.  This album was beyond great.  It was pure poetry from 2 Pac.  When he showed up in the movie Juice, it was clear 2 Pac was a voice for us all.  Mary J Blige showed up and now R&B music was welcomed by the Hip Hop community with open arms.  The possibilities of this combination was endless.  Dr Dre dropped "Deep Cover" and Death Row records was officially off and running.  On the west coast we fell in love with Dre's new pattern of bass line beats that was going to set the tone for west coast music in general.  And then Dre dropped his album "The Chronic". And at this moment....everything changed.

For me, I was starting to learn to be a DJ in 1991 and 1992.  A friend of mine had some turntables and when I would go to his house he was always practicing.  I studied his style and and we explored and taught ourselves how to DJ.  With my deep memory bank of watching endless episodes of "Yo! Mtv Raps" I would try to imitate the DJ's I saw on my favorite Mtv show.  I would recall how they would cut and scratch, mix and perform.  My friend and I did our best to get better and it wasn't long before I had my own turntables.  I practiced all the time.  I used what little money I had earned to buy albums.  Making friends with other DJ's helped as I would borrow albums from them and go with them on DJ gigs to learn the business side of DJ'ing.  I loved it.  But with all the different genres of music to choose from, Hip Hop was where my heart was.  And with Dr Dre's Chronic album, I was now determined to be the best DJ I could be.